Happy Two Year Anniversary to The Last Three Hours *alternate title- "Why am I awake this early?" 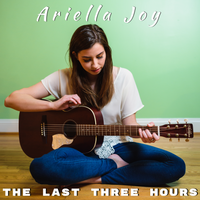 It's probably not because of the second reason. I'm sitting here in what I call the "creative room". I'm sitting on the floor because the rug is really comfortable. I'm up wayyyy too early but I would still say it's a good morning. Now if anyone stepped in here they would think it's an utter mess. But I know where 90% of the stuff in this room is. I'm moving out of this place in October and to be quite honest, I'm sad about it. This house in some ways has been my own little studio. I used it and abused it but it feels like home. I made it home.

Now I'm leaving it without knowing exactly where I'm headed next and I'm a little sad about that.

I hope today will be a good day. I think it will because I'll just keep reminding myself that two years ago I made the biggest step in my career by releasing my EP. And my party was two years ago to the day. I don't know why I thought I had to have my EP release party on the actual day that I released my EP but honestly I'm glad I did because it was a badass party. All of my favorite people (at the time) were there. I planned it. I payed for it, and I had a great time! I even had a signature drink "The Last Three Hours" (it was basically a mojito... or a mint mojito?? Or is "mint mojito" redundant?) Anyway... It was an awesome party.

I am still in a state of shock that it is now 2020 but I'm also very excited for what's to come this year. I've been holding on to this announcement for a few weeks now... but I can finally share that I will be back at FROZEN HARBOR this year!!

Mark your calendar now for February 29th 2020. My band played at this music festival last year (here I am cheesing next to last year's poster) 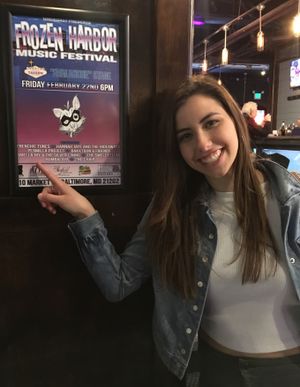 and I'm so excited to be back this year. The festival is at Power Plant Live in Baltimore, Maryland. This year we will be on the "Ice Floe Stage" (the stage in the middle of Power Plant between all the bars!) You can purchase your tickets here!

Here we are in 2020! And with a new year, why not set some new goals?? I'll be posting on my YouTube Channel every week! So the truth is, I've been wanting to get this going for a while and I finally made a plan last month of how to do this and stay consistent.

The first post came out TODAY: My cover of "Write You a Song" by Mary Lambert. 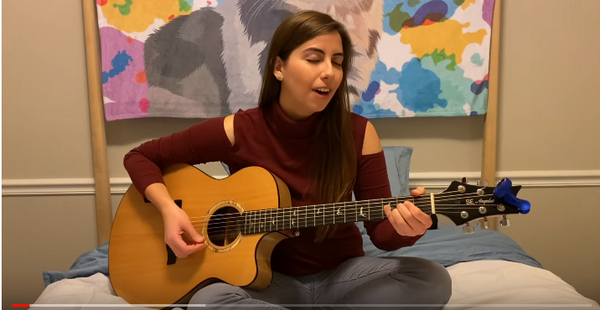 You can watch the video by simply clicking on the picture above! Look forward to more covers, originals, videos with my band and maybe even some fun vlogs! I'm really excited to start growing my audience online and I've decided that is going to be my main focus for 2020. Wish me luck! :)

It was a little bit of a last minute decision, BUT my band and I decided to enter the NPR Tiny Desk Contest! With the help of my boyfriend, Zach Miles, and his friend Phil Bromhal (AKA First Grade Studios) we filmed my original song "High Expectations" to submit to the contest just in the nick of time! Here is the full YouTube video. I'm so proud of how this turned out. Filming for the first time with the band, I realized it's definitely not easy to sing, play guitar, stay in the moment, stay in time with your bandmates and think about ALL that while you're being filmed. It's a lot of multitasking, but we did it! And we will only keep getting better at it. 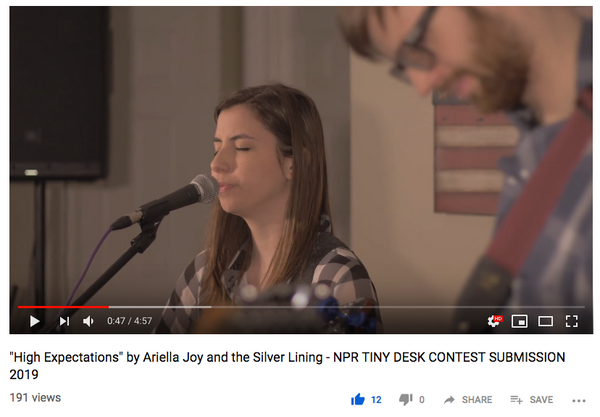 I'm thinking of recording some acoustic videos to add to my YouTube channel next and I'm PUMPED to get that started.

I had my first show with my full band at Frozen Harbor Music Festival on February 22nd and it went SO WELL! So many people were able to could come see the show and it meant the world to me to have them there. 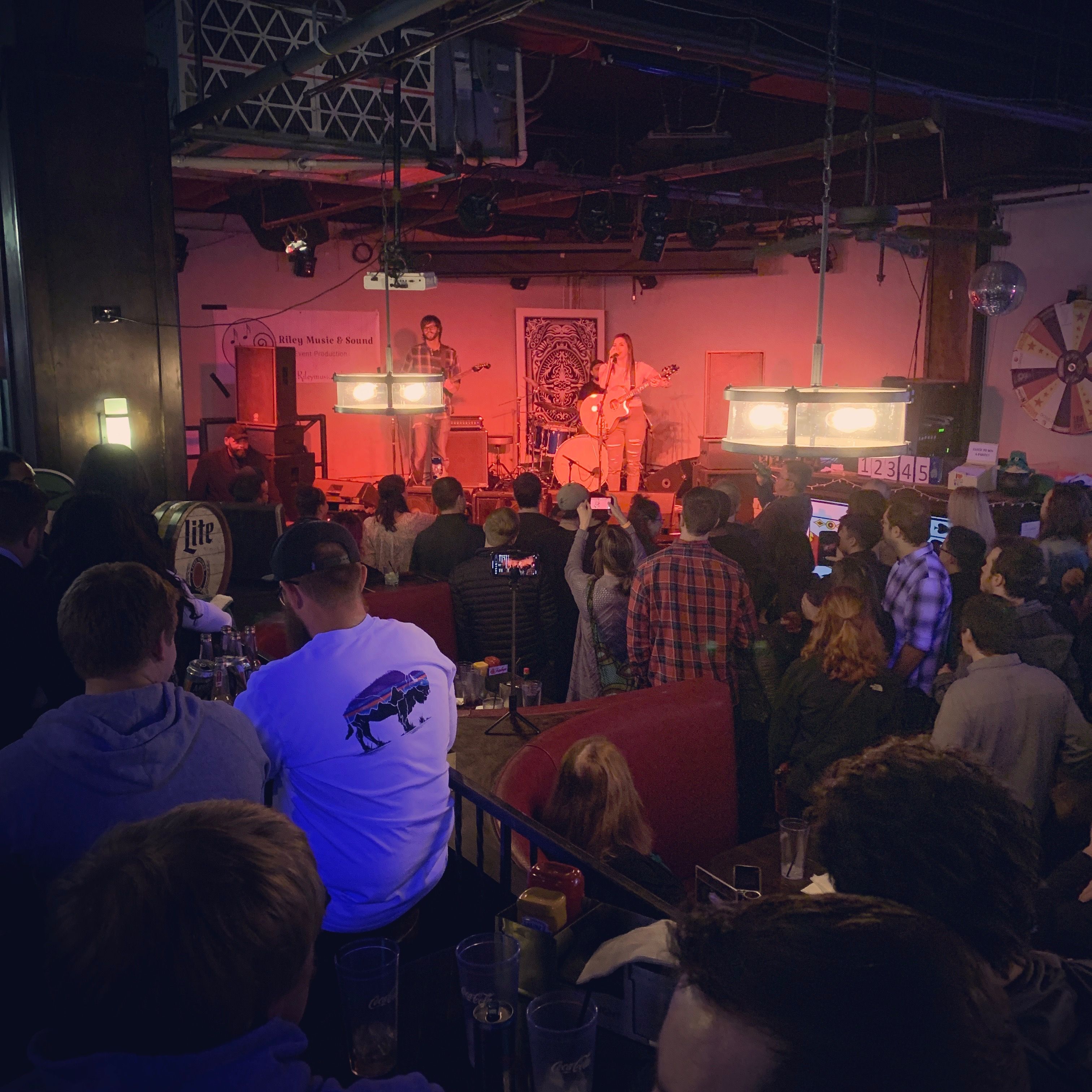 I was definitely a bit nervous before the show, but as soon as I got on stage the nerves faded away and I was able to play with my band just the way we had been practicing for weeks. It was an amazing opportunity to play in this festival. I also had a chance to hear other performers both Friday and Saturday night and it still hasn't quite hit me that my name was up there in the mix with them.

To check out a little clip from the show you can find it here. It's the beginning of my original song called "Feel that Burn" a relatively new song that is quickly becoming one of my favorites to perform.